I will admit I’ve never read any of Suzanne’s books shes wrote. I will have to get around and get reading as they sound amazingly good. If you have been fortunate to have read her other books then you know you wont be disappointed in reading this book

Kalaya (what a beautiful name for a magical island) sounds like the most majestic and beautiful magic island that you want to go to and see. Well I do anyway 🙂

We have a little girl called Tei. She is a daughter to a tailor. A mysterious man visited her father one night with a warning that they had to leave for the mountains. Masked raiders and the assembly are on the hunt with anyone with magical bloodlines and powers. Tei and her father manage to escape from their town. On their mission to the mountains they get surrounded by there captors until they get help of two amazing characters in this series. Rike and Garrick who are two bad ass mofo’s who take no shit and are as hard as nails.

Tei’s task now is to find the new sentinel to save her people and the island itself. So Tei Rike and Garrick set of to bring the sentinel to her new place at Turrak to save the island and it’s peopl.  Tei’s travels have her going through some difficulties in her young life. She falls in love, she has to deal death, meeting new people, living in a strange place and how to deal with her new abilities that she never knew about. Trials and tribulations.

I would give this book a 5/5 I fell in  love with it from the start. Looking forward to the third book (second book is amazing aswell review will be up soon)

The world building is really well written. It feels like you’re in the book with these amazing characters and on the beautiful island of Kayala.

Short review: Get this book if you like anything to do with magic fantasy it’s amazing. I was going to put this at the top but you wouldn’t of read my review 😉 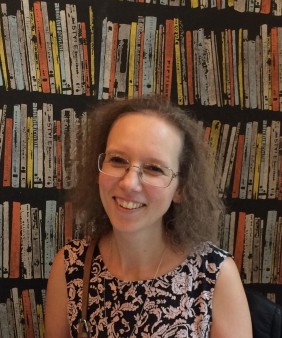 The magical island of Kalaya is dying, along with its Sentinel.

The Assembly controls Kalaya. Originally set up to govern, they now persecute those with magic and exile them to the Turrak Mountains.

Tei, a tailor’s daughter, has always hidden her magic but when her father’s old friend visits and warns them to flee to the mountains she must leave her old life behind.
On the journey, an attack leaves her father mortally wounded. He entrusts her into the care of the exiles and on his deathbed makes a shocking confession.
Struggling with self doubt, Tei joins the exiles search for the new Sentinel who is the only person capable of restoring the fading magic. But mysterious Masked Riders are hunting the Sentinel too, and time, as well as hope, is running out.

Against mounting odds it will take friendship, heartache and sacrifice for the exiles to succeed in their quest, but is Tei willing to risk everything to save the island magic?

4 thoughts on “The Lost Sentinel by Suzanne Rogerson”

For the love of words…