The book starts off with Keith Nolan. Just going through life living the norm. Working in a job he hates lives in an apartment he doesn’t really care about. His only enjoyment in life is looking for comics to complete his collection which his late father started many years ago. Keith goes to market stalls looking for these illusive comics to finally complete his fathers collection.

On his mission he stumbles upon these cassette tapes which don’t really seem interesting. He buys them and just tosses them on his workstation and forgets about them for a few weeks. Keith them remembers he has them and finds the suitable hardware to connect them to his computer. Once he finally gets it all sorted he plays the first video. On the screen is a beautiful young woman making a video diary. Keith watches it for a few minutes the he agrees with something she says and she stopped talking realised she heard something. Keith is taken aback by this as he thinks she must of heard of something while recording the video.

Keith does it again and then they both realise that they can hear each other through the screen. Even though the video was recorded 20 years ago Keith can talk to someone in the past through a TV screen.

Keith races through the tapes and begins to have feelings for Lindsay and the both start to fall in love with each other. Keith then realises he has only one tape left without anymore in his flat. Keith watches the tapes he has already watched and realise he can only talk to Lindsay the first time he watches it.

So Keith is now on the hunt for the remaining tapes that Lindsay mentioned to him. Keith visits the person that sold him the tapes in the first place. Without any luck so Keith visits the company that sold the tapes in the first place. Keith is now in a manic state trying all ways to find these tapes. He’s skipping work and ditching his friends and even jumping on aeroplanes to get his hands on these allusive tapes. Keith and Lindsay form quite a serious relationship within a short period of time.

Keith’s mad tape hunt pays off he finds the remaining tapes and and wants to delve into them but doesn’t at the same time. Due to the fact that he doesn’t have anymore tapes to watch.

Keith then makes it his mission to find Lindsay and see her in person. Now this is where the books delves into the lovey dovey stuff. Which I didn’t mind at all. Please go and read this book. I’m not writing anymore as I don’t want to spoil it for anyone. You will really enjoy this book.

Now this isn’t my usual read. It is a love story but I liked the fact they could talk to each other through a TV screen which was made over 20 years ago. I did really enjoy this book though. I will have to delve into the authors other books. 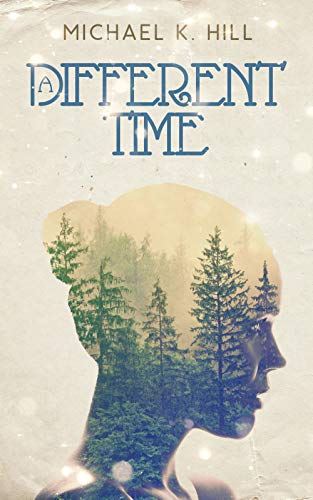 A self-published author of epic and heroic fantasy