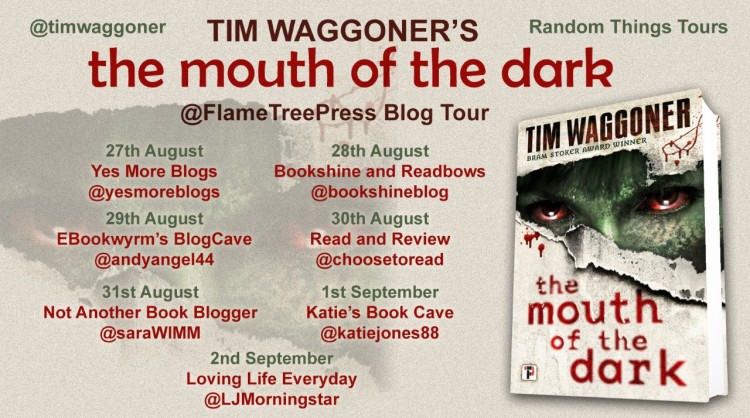 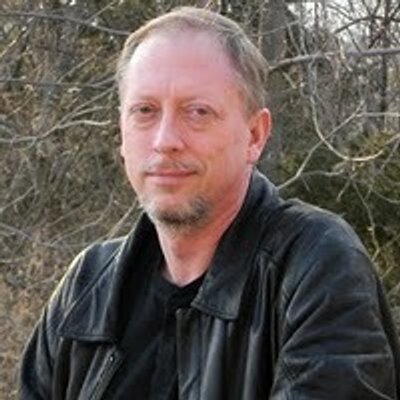 BLURB: Jayce’s twenty-year-old daughter Emory is missing, lost in a dark, dangerous realm called Shadow that exists alongside our own reality. An enigmatic woman named Nicola guides Jayce through this bizarre world, and together they search for Emory, facing deadly dog-eaters, crazed killers, homicidal sex toys, and – worst of all – a monstrous being known as the Harvest Man. But no matter what Shadow throws at him, Jayce won’t stop. He’ll do whatever it takes to find his daughter, even if it means becoming a worse monster than the things that are trying to stop him.
ABOUT THE PUBLISHER: FLAME TREE PRESS is the new fiction imprint of Flame Tree Publishing. Launching in 2018 the list brings together brilliant new authors and the more established; the award winners, and exciting, original voices.
http://www.flametreepublishing.com/
ABOUT THE AUTHOR: Tim Waggoner’s novels include the Nekropolis series of urban fantasies and the Ghost Trackers series written in collaboration with Jason Hawes and Grant Wilson of the Ghost Hunters television show. In total, he’s published over twenty novels and two short story collections, and his articles on writing have appeared in Writer’s Digest and Writers’ Journal, among others. He teaches creative writing at Sinclair Community College and in Seton Hill University’s Master of Fine Arts in Writing Popular Fiction program.
Visit him on the web at http://www.timwaggoner.com/
Twitter @timwaggoner

My review if you’ve made it 😂 now this is definitely not my normal genre I’m more sci fi fantasy type. I’m actually gutted that I’ve never read more books in this genre. (I’m open to suggestions) now the author Tim Waggoner has done an amazing job writing this and has been awarded accordingly for his work.

The story starts with Jayce who is frightfully searching for his daughter. Jayce think she’s been kidnapped and doesn’t know where to start. Jayce discovers a side of something he’d never thought as he’s seen this before when he was a child. Something called shadow which is a world within our own world. Where Jayce has to delve into which in some situations he finds himself in some awkward places. Jayce is guided by the mysterious woman called Nicola who helps him through this tough time. I did get the creeps abit which doesn’t happen very often 🤣 also there’s a few sexual references in this book. Some of them were really awkward and I found them a bit off-putting.

In this book has one of the coolest characters I’ve read for a while called the harvest man. People fear him and for all the right reasons. I’d give the book a 3.9/5 so definitely worth a read but definitely not for the faint hearted. If you like horror stories then you will definitely enjoy this book. Please read the Q&A below.

Q&A YES MORE BLOGS: TIM WAGGONER
Share a little about yourself.
I’m a lifelong fan of horror, fantasy, and science fiction. I’m in my fifties, live in Ohio, have two adult daughters, am an English professor at Sinclair Community College, and I’ve published around forty novels and five short story collections. I write both original fiction and media tie-in fiction. I’m a high-functioning dysthymic, which means I experience constant low-grade depression, but I do my best to work through it. Writing fiction helps!
What’s your thought process when writing a book.
I spend a lot of time gathering ideas in the normal course of my day-to-day life. I jot them down using the notepad function on my phone, and when it’s time for me to write a new novel, I go through those notes, looking for any ideas that jump out at me. I’ll usually put several seemingly unconnected ideas together to form the basis for a story. Then I start working on an outline, and during this process I name characters and places. When the outline is finished, I begin writing a draft. While I’m working on a book, I’m constantly picturing scenes and imagining dialogue, so when it’s time to put the words down, I’ve already visualized sections of the story. I try to write stories that aren’t predictable, stories that could only have come from my imagination and no one else’s. I’m very aware of readers on the other side of the page, and I do my best to provide an interesting, entertaining, and hopefully surprising story for them.
If you weren’t writing what would you be doing?
I’d probably be dead. Writing is as natural and necessary to me as breathing. It’s hard to imagine my life – my very self – without it. But I suppose if I had to pick something, I guess I’d be a psychologist. I’m fascinated with the way people’s minds work, and I love to help people (which is why I also teach writing). Psychology would be a good alternate profession for me, but I still think I’d find a way to write even then!
Describe your new book.
The Mouth of the Dark is a horror/dark fantasy novel about a man whose adult daughter has gone missing. In his attempts to find her, he discovers that she’s been lost in a dark realm called Shadow that exists alongside our world. Shadow is a nightmarish version of our reality, and many, many dangerous things lurk there, hunting for prey. My main character must learn the ways of Shadow – and survive there – if he’s to have any hope of finding his daughter.
The core idea of the novel is almost a science-fictional one: what if horror had an ecosystem? I had a lot of fun exploring that concept.
What interests do you have away from writing.
I’ve mentioned teaching and psychology already. I love movies, but I see that as an extension of loving stories in general, which goes along with writing and reading. I have a pair of dachshunds I’m crazy about, and I enjoy watching true crime TV shows. They’re great inspiration for story ideas and provide insight into how humans are affected by tragic events (the true crime show, not my dogs).
Favourite book.
Right now, my favorite book is The Cabin at the End of the World by Paul Tremblay. He’s a wonderful writer. I love his use of language and his intricate plotting, and I especially love how he takes genre, tropes – in this case home invasion and end-of-the-world stories – and puts his own unique spin on them. I can’t recommend his work enough.

One thought on “Mouth of the dark review and blog tour. Also Q&A with the author. #repost”